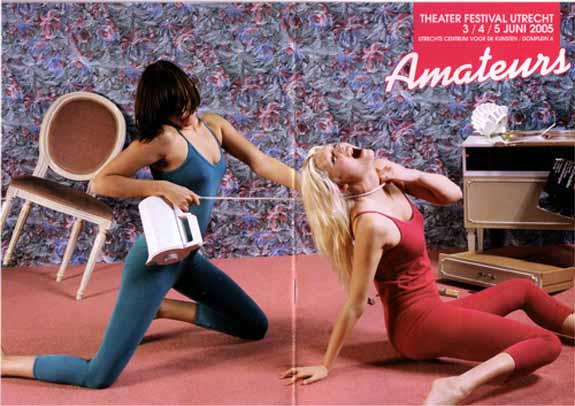 Together with 5 amateur performers I’ve focused on the physics of the characters. It resulted in a visual spectacle with a lot of attention for the physic performance and music. The text was written by Simon van der Geest, at that time a student of the HKU – writing for performances.